Four Things to NOT do when your ADT Home Security System sounds. 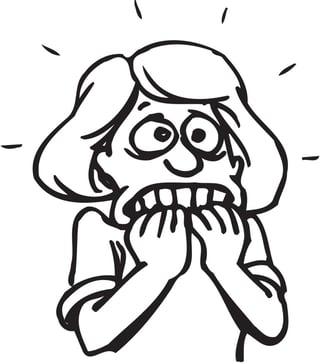 Now that you've installed your ADT Home Security System, it's tempting to feel like you're Chuck Norris. No one will mess with you now and you can check security completely off the list... right?

Well yes and no. Yes, you invested in a great deterrent and in the event that someone does still try to come in, a VERY loud siren will sound as a further deterent.

The most brazen intruder will pause at the noise and realize that authorities are now being dispatched. And... after a bit, Norma, the neighbor whose nose is always way too far into your business, will have her nose in Berry The Burglar's business she'll call detective "Gets-his-man" with a license plate number, the color of his socks and a description of just how far below his bum his pants are. (Norma, we all love you when there's trouble. Keep up the good work!)

While my personal story warrants a good chuckle, I don't think my response is a-typical of what other might do. So read on, feel free to laugh heartily at me, and get a mental snapshot of what NOT to do when your alarm sounds at your home.

If you don't make my mistakes, and fully utilize the features of an alarm in a real emergency, it will help keep you and your loved ones safer.

How did I even figure out what NOT to do when the Alarm System Sounded?

Well, what are spouses for if not to help us see how poorly we are capable of responding in different scenarios...

Let me tell you a bit about the hubby. My husband grew up hunting and participating in Jr. ROTC, then ROTC. He had a shooting range in his high school where he practiced daily and was on a competition shooting team at one point. He has done the courses where pretend people pop out at you, and you have a split second to decide if you shoot or not. It might be a 5 year old, it might be an armed intruder with a gun on you. Clearly, if these were real life scenarios, the wrong decision would be devastating. That's the hubs. Basically spent his life preparing for every emergency; he's calm, cool, collected and handsome.

By no means do you need this background to own an alarm, but his "prepared" way of thinking will help all of us who did not have his background. And by-the-way, I worked for this very ADT dealer when this happened.

Just how bad could I mess up when my ADT Security System went off? More importantly, how do you not make my mistakes when your alarm sounds? Here's what happened.

The alarm sounded. Blaring and screaming and jolting us awake. Hubby had a gun, some amo, had put it together and proceeded to do the stealth walk down the hall. He was locked and loaded and gone before I had any time to think about my role. He peeked in the kids' room, closed their door and proceeded right out of my sight to who knows what. Me... I panicked. I grabbed my cell phone, then hopped up and turned the alarm off so I could listen better. Then I punched in 911 on my phone, went into the kids' room and waited for some horrifying event that would signal to hit send.

At least some of you are thinking at this point, "Good job Taniqua!" However...

Here's four things you should do differently:

Mistake #1 The first time you consider what you'll do in an emergency, should not be during the emergency.

I waited until I had no time to do anything but react. Hubby clearly had thought through multiple scenarios and how he would respond. Because of that, he was clear headed and as I mentioned, STEALTH. He was so clear headed that when I did exactly what he did not picture happening, he was calm enough to stay on task.

Mistake #2 Don't turn the alarm off.

A blaring alarm is unnerving. As many times as a thief might have "cased your joint," he now has a screaming siren in his ear and now he knows there is a police dispatch in process. If there is anyone home, they are now awake and he has no idea what they are doing and thinking. AND, it's worth saying again, there is a loud siren SCREAMING, he has to think over the noise. If you own a dog, he is barking and looking for the reason he is listening to noise, instead of peacefully dreaming of Porterhouses in his dogie dish. And back to my house, the siren gives hubby a huge advantage. He's on home court, he knows all the variables and we do have a 100 pound dog. He might lick you to death when he finds you but he has a bark that no one would take chances with. The element of surprise and the home court advantage is YOURS when the siren is left blaring.

Mistake #3 Don't turn the alarm off.

I realize I just said that, but it's worth saying twice to take a look at what I communicated to the intruder and to hubby. The alarm being quickly turned off tells our unwelcome guest or guests that we're probably about to come around the corner. It verifies that we are home, and it lets him know that we were not thinking clearly because we just canceled the communication to the police for them. To hubby, or if you are the safety patrol, you also got the message that you're on your own now. No police coming. And an added stresser, your wife is not thinking very clearly.

Although grabbing my cell phone was not as big a no-no as other things I did. It was not the best option for me. We had a landline. I was obviously shaken and calls from cell phones carry no location information to 911. When everyone had a land-line, it was a calming tactic that they answer by verifying your address. It helps stabilize the person with the emergency. Without that information, the only option is to begin with an onslaught of questions in situations where most people are pretty close to a melt down already. You are after all calling 911. If you don’t have a landline they will not get your location information at all. You might be talking to another state or county and you might need to spell and repeat everything. Check out this article about calling 911 from a cell and at least know what the difference is.

So what might be a better option? In our case, we have a key chain remote (alarm key fob,) AND a keypad in our room. Standing ready to hold down the police button on the panel or the panic button on the key fob would have been a better and faster option. This automatically alerts ADT to DISPATCH NOW! No call to the house, no call to other people if you don’t answer, just dispatch. And your ADT representative is not stressed, they have the address right in front of them even if they are. These two options are worth thinking about time and time again so that in an emergency, they will be the automatic options. If a cell phone is your best option, just DIAL! If there had been an emergency, the time to figure out my address, spell the street name and have someone ready to help would be before the actual calamity is happening, dial immediately and you can always say sorry, it's not actually an accident and hang up.

So, What DO you do when your ADT Alarm sounds.

1st off, feel great that you did install an alarm. With just a sign in the yard, you are 3 times less likely to be targeted by a thief.  Reading this blog post is a good start too. Hopefully it will stop you from making all of my rookie mistakes.

And clearly, you don't have to train your whole life to have an alarm system. But DO have a few conversations about what you will do when the alarm sounds. Maybe even practice what to do in an emergency. What is the safest room to run to when you find yourself with an intruder in your home?

Moral of the story: Installing an alarm system does not quite make you Chuck Norris. Even Chuck had to do a little bit or prep work to be "Chuck Norris."

OH! So what did happen that night?

If I recall right, there was a tree, there was a window and there was no live person doing anything to our home.  And hubby, well he proved again that he’s not just another pretty face. Although he is that, I was lucky enough to just get an education that morning, and a fun blog idea with a great moral. ADT called like they are supposed to, and what do you know, I had my phone in my hand. They waited on the line with me until hubby announced that even though the tree clearly had no right to be inside our home, he let the tree live.

It did mysteriously disappear one day about a year later. I am not clear if that night's rude behavior had anything to do with it's disappearance.

If you read this doing research about installing a monitored security system of your own, give us a call. You might even get me and you have permission to make fun of me. Call us at 1-800-310-9490 or click below and chances are even better you’ll get me. You can also call us to refer a friend.