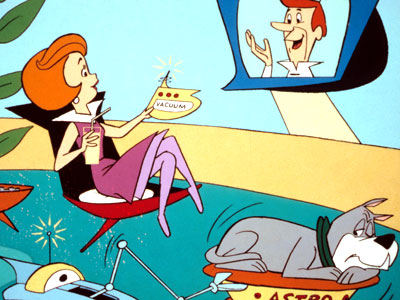 In September of 1962, the first "Smart Home" popped onto your television screen. A futuristic glimpse of life in the year 2062.

Who owned this home of the future?  George and Jane Jetson. A space age spin-off of the Flintstones, the Jetson's were the first family to have home automation. The TV lowered from the ceiling and projected your phone calls. They had fully automated appliances with food cooked and served at the press of a button. The vacuum even ran by remote control. Lights and temperature were controlled by their voice. George said "News", and the newspaper scrolled on the "televiewer". Half a century later the Smart Home of our the space age family is quickly becoming a reality.

With MyADT.com and ADT Apps You Are in Complete Control

ADT Security Systems puts control of your home in the palm of your hand with myADT.com and ADT's mobile apps. Whether you want to update your emergency contacts at lunch or check-in on the babysitter while boarding a plane, your ADT system lets you make account changes or system adjustments in multiple ways. Find the way that works best for you.

What is ADT Pulse? Get the best Home Security System for You

What's all the hype about ADT Pulse?

You might be wondering what all the hype about ADT Pulse is about. In the home security arena, Pulse is the system on everyone's mind because it is the best home security system in the world. In just 4 short years over 1 million customers have chosen it over its competitors. Could it be because ADT Pulse offers remote access to your home security system? In a culture where you use your smart phone or tablet for everything, it's no wonder an alarm system controlled by your mobile devices is a top choice. There's also the home automation aspect of ADT Pulse. How could that not get people talking? Everyone wants a Smart Home; Control your lights, thermostat, door locks and other devices all with any internet ready device or your convenient in-home control panel. There's even voice control with the ADT Pulse Voice App. And the touch screen control panel keeps news feeds, traffic and weather at your fingertips. Lifestyle management features make your home more convenient, and money saving features keep more of your hard earned dollars in your pocket. Take a look: 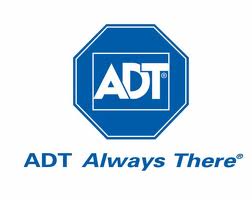 With all the excitement of a new home comes a hefty dose of stress and a Mount Everest size amount of decisions. It's exciting and overwhelming... then exciting again. Installing an ADT security system is one decision that's simple. It is completely customizable system, ADT Pulse is uniquely able to meet the needs and safety concerns of any family, including yours. Whether you are looking for a basic system that you can control from anywhere, a top of the line, fully automated security system with surveillance cameras or anywhere in between, an ADT pulse system will meet your needs now and grow with you into the future. 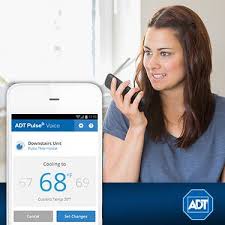 ADT Pulse kicks off 2015 with exciting news about the highly anticipated ADT IFTTT Channel. Be on the lookout for an ADT IFTTT Channel release mid 2015! And not so surprising, the ADT Pulse Voice App is rocking the home security world. Like most Earth shattering technology news, ADT made these announcements to its loyal fans and curious onlookers alikeat the International Consumer Electronics Show (CES 2015) in Las Vegas where 170,000 curious consumers were invited to swing by the booth and experience it live.

If you aren't aware, CES is where the biggest tech news of the year is announced. Where you and I can experience and participate in life size demonstrations of all things cutting-edge. Glimpsing into the future, audiences marveled as Intel’s facial recognition camera unlocked an ADT Pulse deadbolt during the opening ceremonies. See entire video here

The ADT Home Security Booth continued to impress, proving that a smart home is a safe home. With a full blown ADT Pulse Security and Home Automation system, representatives used voice-prompts to command lights to dim, doors to lock, thermostats to cool, and alarm system to spring to life. A respectable amount of the 170,000 attendees dropped by to check it out; when all was said and done, TIME reviewed ADT's Pulse system as one of the 6 coolest Smart Home Innovations at the show.

Four ADT Pulse Tips: Change Your Life When Traveling or Out 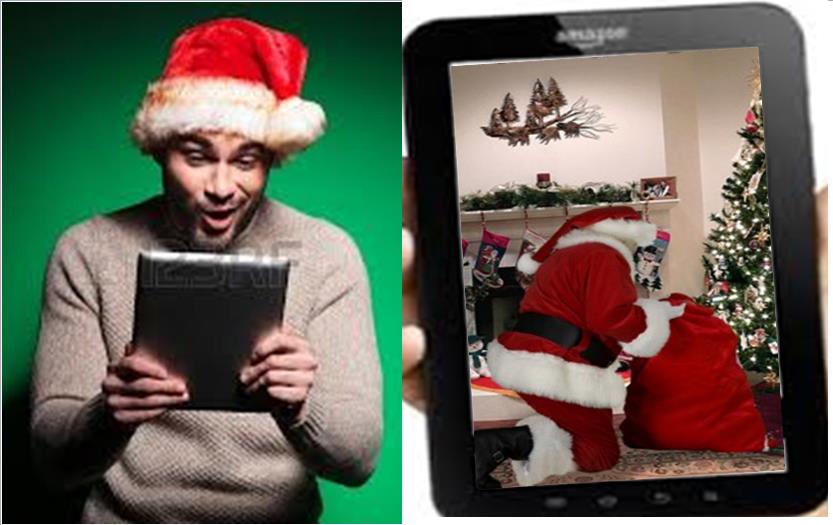 ADT Pulse keeps you and your home safe and secure, even when you're not there. When thinking about the new year, you may be thinking about where you will be traveling this year. You may have your mind set on distant sandy beaches, a cruise, a European vacation or weekend getaways. Where ever you plan to travel this next year, protect what matters most throughout the upcoming season with the unique features of the ADT Pulse home monitoring system.
END_OF_DOCUMENT_TOKEN_TO_BE_REPLACED
1 Comment Click here to read/write comments

ADT Pulse: Makes Home Security Simple to Use for Your Busy World 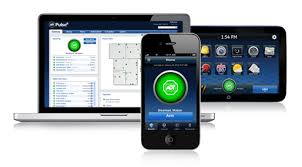 ADT Pulse is the security system of tomorrow, available today. Our lives are busy and getting busier. Whether you're a house wife juggling kids, sports and the house, a high level executive or anyone else, you spend hours out of your home and rely on your mobile device to get things done. Your smart phone handles business transactions, keeps track of  your schedule and family, it even pays for your purchases!  AND you continually expect it to do more. With their finger right on the pulse of how you live, ADT created ADT Pulse home security. It's an alarm system that keeps up with your busy lifestyle.

ADT Pulse has become America's sweetheart for home security. Close to eighty percent of our new customers fall in love with and choose ADT Pulse protection and we're not surprised. For many families, your home is your largest financial investment. So whether your concerns are ADT monitored fire protection, home invasion and burglaries, monitoring for Flood/Water or Freezing, dangerous levels of carbon monoxide or outrageous energy bills, I'm sure you will agree that your security system needs to do more than just safeguard your possessions. ADT Pulse is whole house management and makes interacting with your home easier and more efficient, to keep you safer. 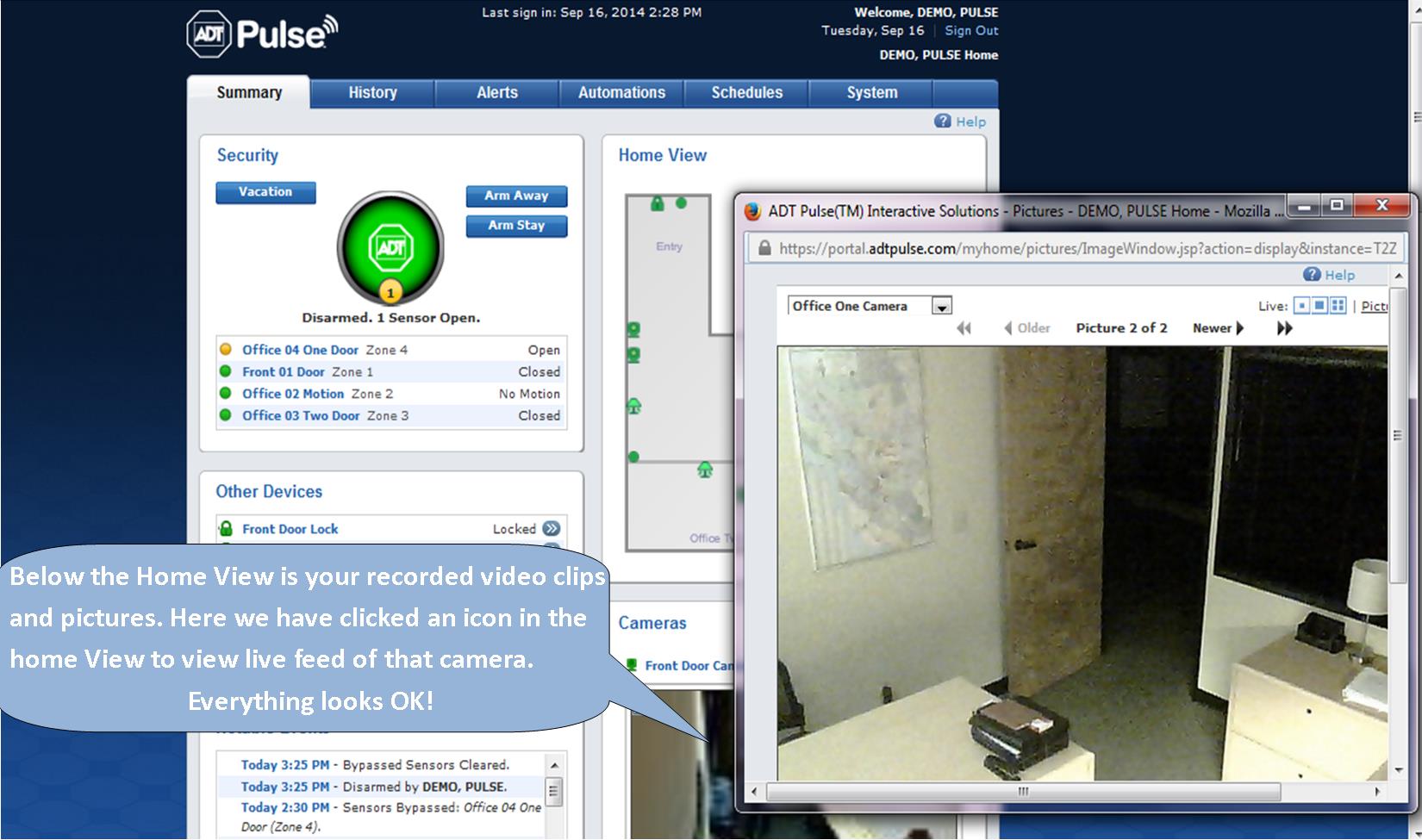 With ADT Pulse being our most popular system, many people start looking at ADT Pulse Cameras, and who wouldn’t! ADT Pulse cameras are a great way to turn up the security in your home without spending a lot of money to do it. If you act fast, the ADT Pulse Level III includes a free indoor camera with installation.

Previous Page All Posts Next Page