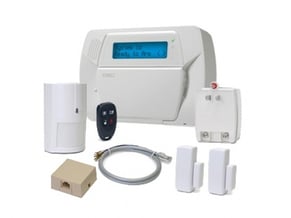 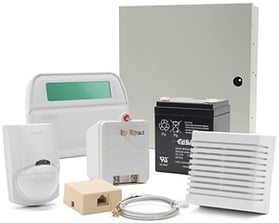 Types of Home Security Systems: Is Wireless or Hardwire Better for Your Home?

Well, many of the cable companies who are “bundling a security system” with your cable service and Internet only provide wireless security systems. Why?

Systems shipped in a box for homeowners to install themselves are always wireless because homeowners are not equipped to install systems with any wires. So many of the DIY (do-it-yourself) security companies online have to convince you that a wireless security system is far better. Is it true?

When is it Best to Install a Hard-Wired Security System?

One of the main reasons is because they have the ability to run security wires while the home is being built. Security wiring is done after the electrical is pulled and right before the insulation and Sheetrock are installed.

The benefits of a hard-wired security system are:

So When is a Wireless Security System the Right Solution?

When you have a home where construction is completely finished and there is no existing wire, it is almost always the best solution to have a wireless security system installed. I personally have a wireless security system installed in my own home. I live in a home built in 1939 with plaster walls and drilling holes throughout my home was not something I wanted to do.

It is nearly impossible to find a security company today that will run wire in an existing home. Drilling with 6 foot drill bits is a lost art. Years ago when hard-wired security systems were the only option, security companies accidentally put a lot more holes in walls, floors and ceilings. Not to mention electrical, gas lines and plumbing being hit by drill bits inside the walls. There is no need to run wires today in an existing home when wireless security is highly reliable and easily installed.

If you have a simple security pre-wire with less than 8 zones, there are translators that can take the hard wired zone information and translate it to the wireless panel. This way you can have a wireless security system installed and use the wiring to doors, windows, motions and glassbreaks. The translator will not connect existing hard-wired keypads or hardwired smoke/heat detectors and can only connect a limited number of wired door/window contacts. You will probably need to have someone come out to take a look before you decide on this option.

What if I Want to Add Cameras or Home Automation Devices with Remote Services…?

You can add cameras and home automation to work with both wireless or hard-wired security systems.

Most of these features are using WiFi and Z-Wave wireless technology to integrate video and home automation. Most systems have a hub or equipment built into the security control panel to communicate to different devices. The hub is normally connected to your Internet to send information to a cloud application giving you connectivity to your mobile devices.

In many cases, the best choice is to have a Security Consultant come out to your home to go over all your security options. We find our most satisfied customers are often the ones who had an in-home security consultation and invested a little extra time to plan. They comment on how helpful is was to have a professional take a look at their property before deciding what kind a security system was right for their family.