The newest model of the DSC Impassa SCW9057 will have the ability to be used as an ADT Pulse panel. This will make the DSC 9057 to be the ADT wireless security system of choice for about 80% of the ADT monitoring service options. This system is currently being used for the ADT CellGuard cellular monitoring package and the GSM cellular monitoring with two way voice. This security system provides you a superior level of protection at a very affordable price.

This wireless security system could be ripped off the wall and it would still communicate to the ADT Central Station Monitoring Network via the built in GSM cellular module. The DSC 9057 has a tamper switch on it so as soon as it is removed from the wall the siren goes off. The system has battery backup built in so it still maintains power and with a two way voice module the system would be talking to the burglar from the floor. This system truly provides superior protection from wireless security systems of the past. 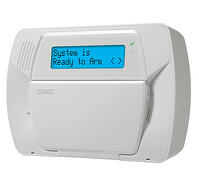 The DSC Powerseries SCW9047 used to be what we installed the most of until the DSC Impassa SCW9057 and cellular security systems became popular. The DSC Powerseries 9047 is still installed for people who what to have a wireless security system installed but want to go with standard dial up connection to save some money. The monitoring rate is a few dollars less a month and you save about $100 in the initial cost of installation. For most, it makes sense to upgrade to the DSC 9057 and get the security benefits of ADT CellGuard Monitoring.